Within the context of the exhibition 'Hopeless Emptiness', Dere reevaluates as a proposal an undisplayed work by him entitled 'Mim'. The project that has been proposed to various art institutions at different times is based on the principal of implementing the method called Karot [word used in Turkish for core drilling]. This implementation, taking and analyzing a sample from the venue, is used as an input against earthquake regarding the endurance and solidity of the venue. Dere's project proposal idea of presenting the concrete samples taken from art institutions with the method of Karot as a statistical data mapping is combined with the forms of iron leblebis [leblebi is the Turkish word for roasted chickpea] that he created as a form and
an attitude in the sense of the artist?s institutional criticism rather than implementing it in the gallery venue. The installation is reconstructed in a conical form with the proposal text including the iron leblebis.

Dere's work entitled 'Mim' as a description of critical research can be referred as a kind of sculpture. Today, sculpture structurally occupies a place and speaks in the symbolical language regarding this place or its usage. The work as Dere's site-specific intervention in the venue positions itself as a fragile criticism not present in the venue and upon which one should reflect. Dere's implementation in the venue is obtained as a result of a process called 'Karot' in earthquake analyses. This process is used in order to test whether a building is earthquake-resistant. Historically, the word 'Karot' comes initially from drilling the concrete in a cylindrical form and the part that remains in the cylinder that looks like a carrot. This structural sample is used in the material sense as a source of data regarding the earthquake resistence of the place from where it has been taken. Although criticism is defined by Walter Benjamin as an act of being in the right place, a critical attitude in the art world can be relatively read as 'placelessness' in post-critical terms. In this sense,the work exists together with interwoven, multiple layers of meaning in which topics such as the possibility of criticism in an art world where value is determined by the market position above all and the criticism of representation (toleration) which is a moral and ontological right in terms of the relationship between the artist and the gallery touch upon each other.

On the webpage of the Turkish Language Association, two kinds of uses of the phrase 'iron leblebi' ['demir leblebi' in Turkish, meaning 'a hard nut to crack'] as a metaphor in Turkish are mentioned. While the first meaning is used for somebody who is hard to deal with, the other meaning is used to define a task which is very hard to succeed in. In terms of the meaning content in daily language, iron leblebi refers to a situation which requires sacrifice and effort in order to realize, succeed in or sustain something that is hard to get over. Dere?s installation that he produced in the form of iron leblebi tries to reveal the main concern of the conceptual forms occupying his mind. Meaning and embodiment. Dere's effort to create a form and language consists of this 'concern' at the core of his experience of artistic aestethics.

The concept of concern ['dert' in the Turkish version of the text, usually meaning something that causes trouble] is a transformative element creating reality in an existential and empirical way. Some words in our [Turkish] language tried to compensate for the indescribable dimension of this 'concern', hosting it with different words. Gam, gussa, elem, inkisar, ızdırab, kasvet, melal, hüzün kasır, yeis, efkâr, tasa, mihnet, üzüntü, sıkıntı, kuduret, firkat, hicran etc. [Turkish words that have a similar meaning to the word 'dert'] Concern is like a part of us that we are trying to identify with but can not identify with for a long time and we know from time to time that we own it. Such as the iron leblebi; it cannot be digested immediately and it is expelled as soon as it is tasted. While concern is turned into boredom through irony, it is turned into suffering through alienation which is the essence of artistic experience.

While criticizing postmodern art in his article entitled The Semiotic Anti-Subject, D. Kuspit refers to this by quoting Beckett as follows: 'The pendulum oscillates between these two terms: Suffering -- that opens a window on the real and is the main condition of the artistic experience, and Boredom -- with its host of top-hatted and hygienic ministers, Boredom that must be considered as the most tolerable because the most durable of human evils.'

Dere places the alienation in our lives into an emotional context established in the language, namely, into the form of iron leblebi. Concern is a suffering that cannot be said, expressed, understood and cannot be shared even if it is understood. In this sense, concern is the irreplaceable lover itself; the creative consciousness concerns oneself without noticing while reflecting upon itself, just as acquiring a new language over a language is the basic concern of art. 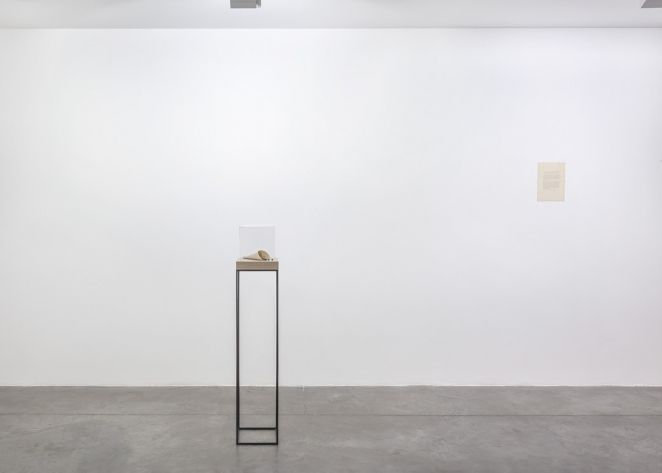 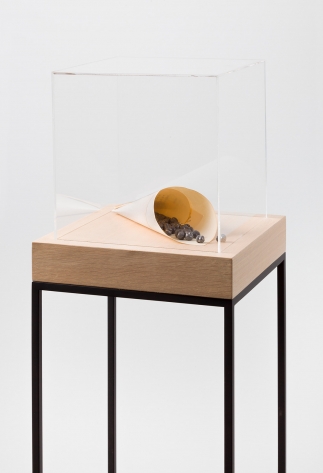