Dere's Trak! sculpture (The Green Giant figure), a mythical character that takes power and anger from his anger, produces anonymously available green soap. In the dilemma of the individual and society, we see a kind of power allegory that differentiates the human from the other from the other, from perception to sensation, from impulse to emotion, from thought to behavior.

In this dilemma, the artist does not emphasize or point out the object of the form. This understanding refers to thinking about anger, to deep contemplation, to diversify the perspective as a critical view. In this sense, we can say that it is aimed at the effect that the viewer wants to consider rather than the form of the work. The irony reconstructs the artwork with a reversal that renders it dysfunctional. This can be called a kind of building-breaking experience.

First Blood?, which is one of the recent works of the creek, is among the works that problematize the existence of the concept of power, which we can symbolize as a repressive framework that determines the artistic production and the conditions of this production based on its artistic experience.

'Deconstruction' has both a destructive and constructive attitude despite the risk of being incomprehensible sometimes or often,. It embodies all its criticism in an artistic experience against the aesthetic backdrop. The entire effort of the creek is on an (aufhebung)in the sense of overcoming contradictions.

Dere's focuses that the power of the dysfunctioning anger, this giant focuses its power on its own smallness. The work materializes the social and political 'emotion policy' of the emotional climate we live in in a green giant form. The form contains a kind of romance by adding indispensable side-meanings in its body as a narrative. With the depiction of the 'Green Giant' that shrinks as we get angry, the work exists as an allegory between the artist's invisible power and the concepts of 'power'. 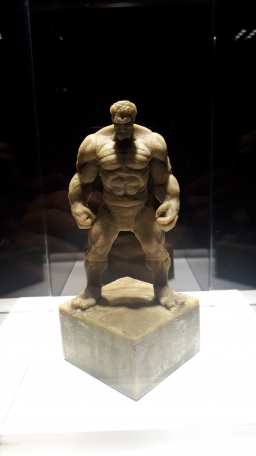 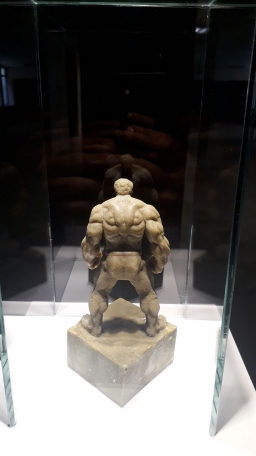