Proto5533 presents the first exhibition, in a series of emerging artist and curator projects, featuring the artist Mehmet Dere curated by Ilhan Ozan. The exhibition, titled 'Payback', brings together two site-specific sculptural works by Mehmet Dere that revolve around the social and economic significance of İstanbul Manifaturacılar Çarşısı [Istanbul Textile Traders Market] (İMÇ), a landmark that was built in the 1960s and is marked as a major example of Turkish modernist architecture.

Mehmet Dere's 'Untitled I' (2015) is an oversized reproduction of a 'pay kuponu,' which was a promotional coin offered by the daily newspaper Günaydın. This coin was implemented in the late 1960s and the early 1970s at the time when new structures for economic developments encouraging capitalist consumption intersected with national development plans. In this context, the work refers to the development of a modern lifestyle through the act of collecting and acquiring modern household items, as well as new consumption habits in relation to the necessities of urban life of this period. By reappropriating 'pay kuponu,' a medium of exchange in everyday life, Dere reveals the tension between the 'modern utopia' he questions and the social reality of urban life that was accompanied by urban gentrification, unemployment and social conflicts of the time. The installation of the work implies that the space of 5533 has been flipped, much like the coin itself, pointing to the unpredictable consequences of modernization and urbanization, which despite being seen as economic policies of the period did not bring intended prosperity.

'Untitled II' (2015), positioned outside of the exhibition space, is also an oversized reproduction, this time of ?Fırdöndü,? an object similar to a dice. It was played in games in Turkey dating back to the 1960s. Each of its six surfaces has a different command: 'Put one,' 'Take two,' 'Put two,'Take one,' 'Everybody puts one,' 'Take all.' 'Fırdöndü' is described in the Turkish Language Association's (TDK) dictionary as 'brass, six surfaced gambling tool played like a turning-top.' Relevant to this context is Dere's reference to taking and giving as well as the unpredictable action of a gam(bl)e. As an object, it also reflects the artist's concerns with the social impact of financial psychologies. Additionally, the artist deals with the construction of national ideals and the physical constructions of urbanization by producing the work from cement - the primary building material of the era he evokes.

As Mehmet Dere's practice is characterized by what is culturally and socially at stake in present-day Turkey, he traces the sociocultural and economic implications of these two found objects in the exhibition through correspondences with the devalued present state of İMÇ and its historical significance. 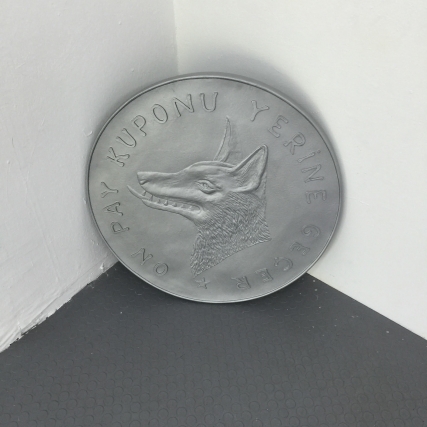 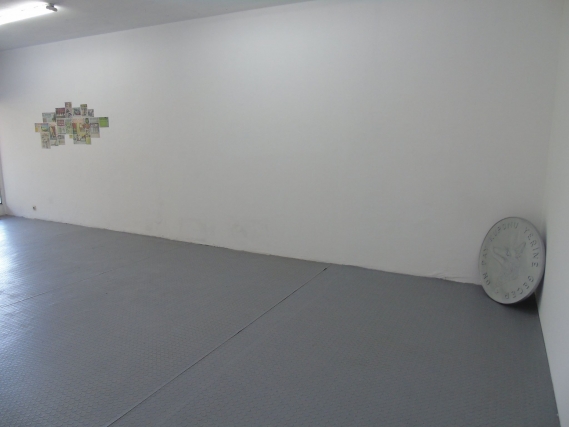 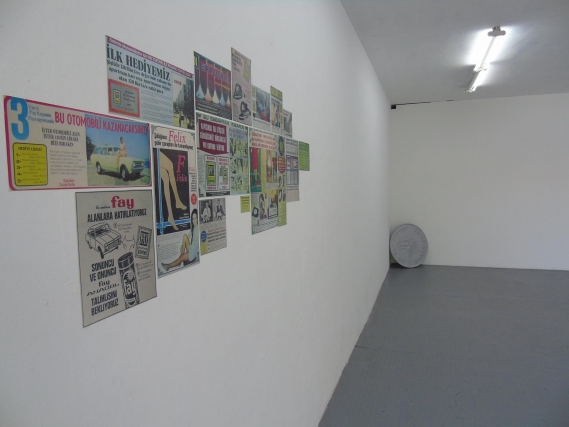 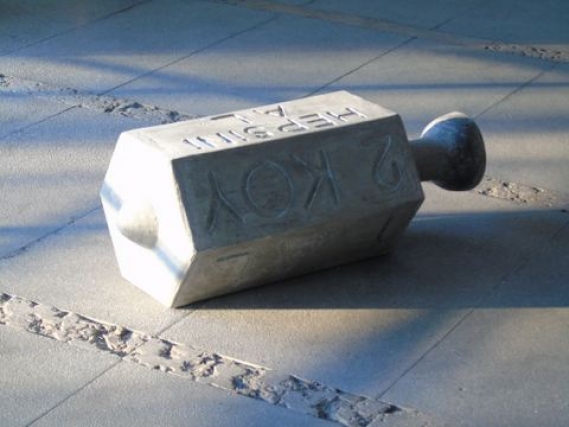 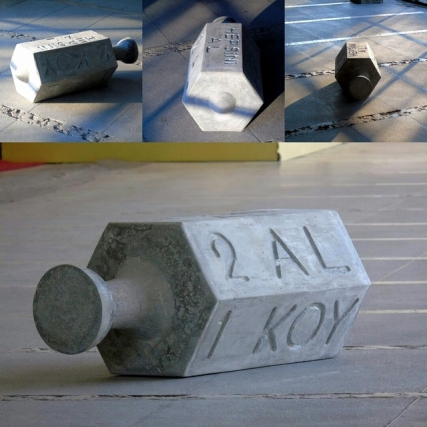 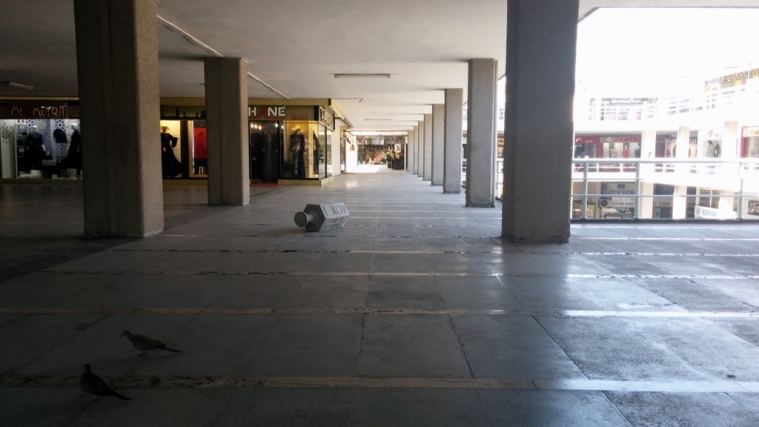